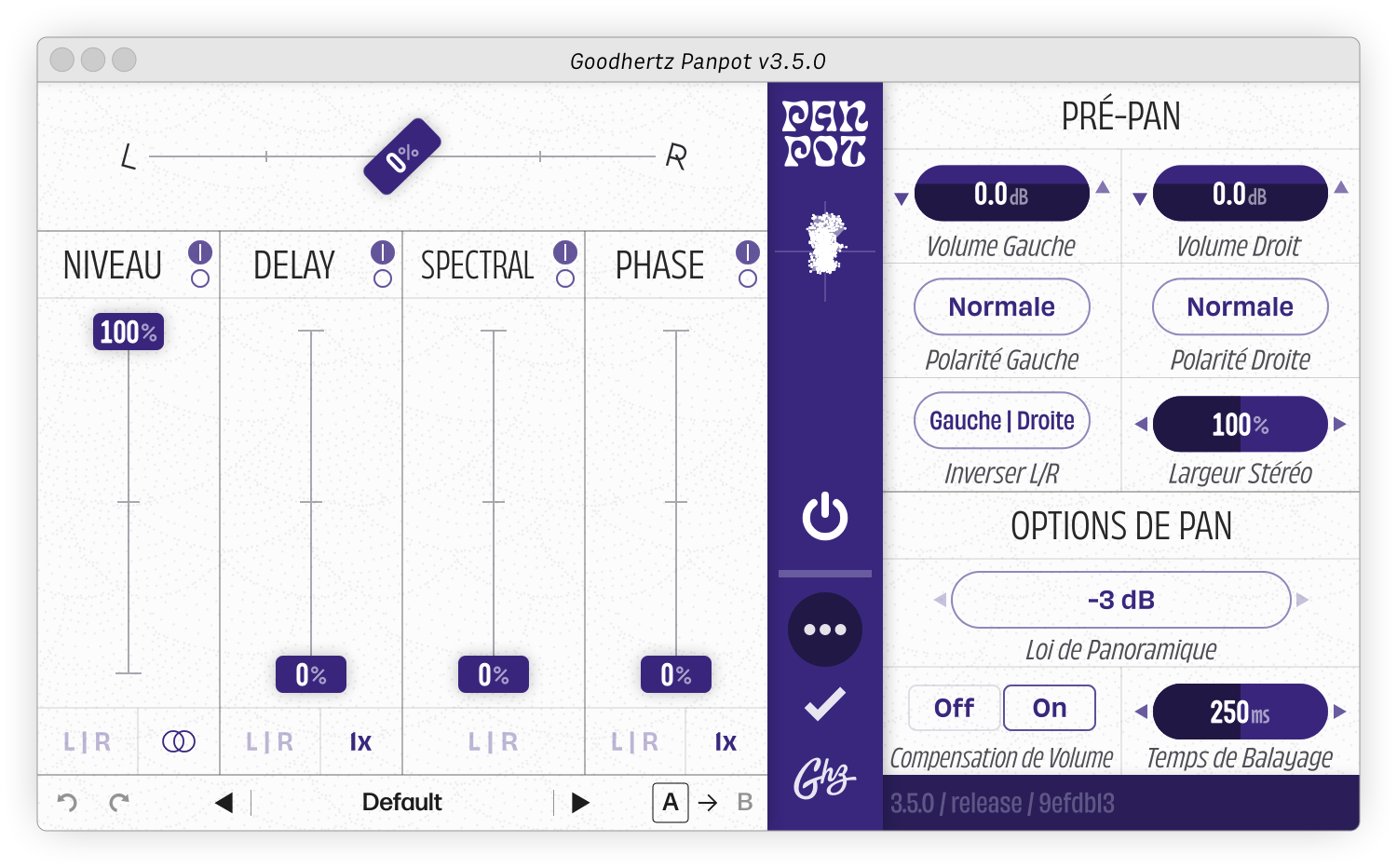 Panpot brings together four different modes of panning in a single plugin that will transform the way you think about stereo.

How does it work & what’s wrong with my current panner?

There are a few different auditory cues that enable humans to hear spatially — that is, to identify the size, location, and distance of a sound in space. These cues fall into four main categories:

The traditional audio level panner — the one found on almost every audio console since the 1970’s — gives an engineer control of only one of these cues: level differences. Level panning works well enough for some things, but it often falls short, forcing us to rely on other tools (like delays, reverbs, stereo widening, EQ, …) to achieve more depth and definition in the stereo field.

You can think of level panning as panning in black & white; while you can convey some sense of light and dark, you don’t have access to the same depth, nuance, and range that you would if you were working in color. Panpot gives you the full color spectrum for stereo audio cues. You can choose to use it however you like: for realistic, hyper-realistic, or totally unrealistic spatial effects — Panpot gives you four different panning “colors,” but we don’t tell you what to paint.

Spectral — Panpot’s Spectral panning works by changing the timbre of the stereo image, focusing higher frequency sounds toward the pan direction. The Spectral algorithm mimics the type of head shadowing that occurs in nature and can sound hard-panned without feeling ungrounded or off-kilter in the low end.

Phase — The most unusual panning type: Panpot’s Phase module creates a constant phase shift between the left and right channels. Similar to Delay panning, Phase panning does not alter the stereo level balance but instead alters the arrival times of the left/right channels. Phase panning can help move elements out of the center of a mix, decluttering the mono image and creating a more expansive sound field.

Is Panpot a “3D Audio” panner?

No. While Panpot can produce some very “3D” sounding effects, it does not do things that rely on individualized HRTF’s, like elevation & front/back placement (more info on HRTF’s here). We chose to avoid these things because, frankly, they don’t work very well, and they depend highly on the shape, size, and placement of your actual ears. Instead, we focused on cues that translate well on a number of stereo systems: speakers, headphones, laptops, etc., and expand the expressiveness of panning without focusing exclusively on mimicking reality.

A contraction of “Panoramic Potentiometer”

An early demo of a previous release of Panpot.